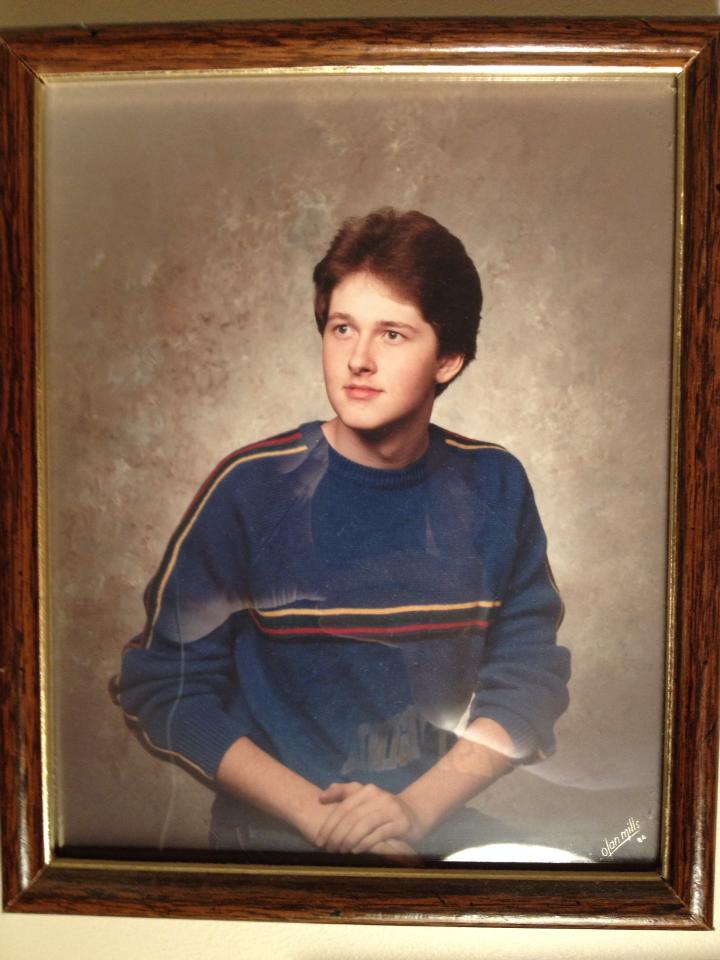 The year 1987 is still young, and each of us has his own hopes and dreams which he wishes to fulfill before the year’s end. Who can know precisely what will happen in 1987? The idea that this year will be new and historic elicits a contained but heart-pumping thrill from each of our seniors. Each of our seniors is on the brink of a sweeping change, and we can feel the slight but definite electricity in everything they say and do.

Mr. Morgan asked his senior composition classes to define their hopes and goals for 1987. Here are excerpts from some of the best themes that were submitted.

As my senior year comes to an end, I hope that I will have just completed my first of eight semesters at the United States Naval Academy. Even if 1987 is not the best year, it will certainly be the most remembered.
Kaye Linkenhoger

First of all I would like to graduate with my fellow students and receive my diploma on June 6. Soon afterwards I hope to enroll in either Marshall University or West Virginia University, hoping to start my career as a physical therapist.
Timmy Mayes

I am not yet sure of my choice of college, but if all goes as planned I hope to be a cadet in the United States Coast Guard Academy.
James Lawson

[I am hoping] to make the football team at Marshall, which has been a goal of mine since childhood. I am also hoping for a quick end to this year so I can go to the beach and get on with my life.
Mike Pereira

When I played football in ninth grade, everyone told me I was too small and too slow to be in the starting lineup. I always told them that football is all heart; and, if I want it bad enough, I will succeed. I was on the first team that year and finished with a great season. That was when I set my goal to play college football. The first step to accomplishing my goal begins this year at Fork Union Military Academy.
Jerod Thomas

Many years have I suffered in this state’s public school system and to finally be finished will be exhilarating. I am also looking forward to my trip to the beach this summer. It will probably be the last time I will be together with all my friends … The dream that is within my grasp is that of becoming valedictorian. This would be the ultimate finish to four years of hard work.
John Eastone

[A goal] which is very important to me has already been accomplished within the first seven days of 1987. That goal was to get my driver’s license, which was really a “piece of cake.”
Bill Hayes

[I hope] to be chosen for the Kanawha County Honors’ Band. This is one of the most prestigious awards a high school musician can obtain … [As I plan] for my future, I hope to include someone very special in those plans.
Melissa Rowles

I could go to college, but I am sick of school. I would like to do something different. Besides, I am not even sure of what my major is going to be. I know, you are thinking, “Well, many people don’t know what they want to major in when they first enroll,” but I have been thinking about this for the past three years and I do not have the slightest idea. I doubt if another year will help make my decision any easier. Another viable option is the military. I have always liked the idea of joining the Air Force. On the other hand, joining may be the worst decision of my life. Also, I may find a good job and go out on my own, but that is highly improbable. I am a procrastinator, so I will probably wait until the last minute to make my big decision.
Shane Coffman

The year 1987 scares me a little because I do not know exactly what will happen. But as the old saying goes, “Hope for the best, expect the worst, and be thankful for what you get.”
Kathy Bagley

I want to lie in the sun, drive a convertible, and live dangerously … Someday I will settle down but not for a while. Yesterday someone told me to “grow up.” My reply was, “I’m only seventeen, I don’t want to grow up yet.”
Leslie Fitzwater

[This year] I hope to win the heart of a certain girl. If I manage to do this, 1987 will be a year for me to remember.
Charles Perrine

My independence will greatly increase and no longer will I be told when to be home, when to go to bed, or be reminded to wash my hands before getting something to eat. These are decisions that I am going to have to make for myself.
C.W. Covert

[I hope to] graduate from high school with above average grades and to perform well enough on the volleyball and tennis courts to receive a scholarship.
DeeDee Lane

Leaving high school really scares me. I have always tried to do my best and succeeded if at all possible. But the thought of going out into the so-called “real world” scares me to death. I hope I can always keep all of the fun times I had with my friends especially close to my heart. I am really going to try to make the last semester of my senior year the best. But if some of my hopes and wishes don’t come true, that is fine with me as long as I know I can always keep the year 1987 especially dear in my heart.
Karla Black