It’s best not to think about things right now. There’s money to be made.

I’m having coffee. At Starbuck’s, you can pay ten dollars and receive Internet access for twenty-four hours in a row, regardless of which Starbuck’s you enter. Therefore, I have decided to stop at every single Starbuck’s that I see from now on. That will make this business trip more enjoyable. As I tap on the keys of my glowing laptop and sip the green-label coffee, I wonder how many Starbuck’s there are in Los Angeles.

I’m actually about twenty miles south of LA city center, in Aliso Viejo. One woman at this Starbuck’s reads a copy of The Actor’s Nightmare and chews on an eraser. An unshaven surf dude, wearing a moustache and sleeveless T, gabbles quietly on a cell phone: the sitcom script needs a rewrite. Two blonde women, both stacked like the International House of Pancakes, mince in the door. They are twin sex bombs in high heels and jogging sweaters and clinging polyester pants, and they both order decaf something.

I lean over to the guy to my right. He’s ruffling a Los Angeles Times and sucking a cappuccino. “May I respectfully request that you move over one seat? I’d like to use that power plug,” I say. He snorts humorlessly. “No. I like it here.” Didn’t sleep last night; too tired to pick a fight over electricity.

My mapping software says it’s 1401.1 miles from this Starbuck’s to Three Point, Texas. Were I to simply fuel up the rented Mustang and chase the night across the Mojave, the computer thinks I could make it in three days. How many Starbuck’s would that be?

Are there any Starbuck’s in Three Point?

Dear God, I miss him.

Today’s reader mail is from Dave Kellum, director of the short film called Ambassador’s Day. I’m playing one of the roles therein.

In our movie, the Rendezvous Zone is a solid, unmarked metal (or wood, treated to look like metal) disk 30 feet across. It’s surrounded by seven “Standing Stones”. Each of the standing stones is a pile of moss-covered rocks, covered with plaques that say “Rendezvous Zone 87 Northwest” in about thirty different languages.

I’ve got the Japanese, Cajun, Russian, and others taken care of… That’s where I need YOUR help. I still need:

HINDI (or anything from the Indian sub-continent)

LAO (just as pretty as Burmese)

ARABIC (spoken mostly by anyone from the Arabian Peninsula (except maybe

CHEROKEE (alphabet was devised in the 1800’s)

OJIBWAY (alphabet was devised in the 1800’s)

+ any others you can think of

If you know anyone who speaks AND writes any of those languages, please have them translate “RENDEZVOUS ZONE 87 NORTHWEST” into that particular tongue, and have them write it down. I’ve acquired TrueType fonts of each of these alphabets.

Those of you in Schools and Universities might hit up your language departments (pretty please).

“Rendezvous” is pretty obviously French, so I doubt it will have a counterpart in many languages. “Meeting Place” or “Embassy” would be suitable alternatives. “87” is written with Arabic numerals in most languages, but if there’s no native numeral system for a given language, then have them spell it out, “eighty-seven”. “Northwest” is just the cardinal direction- It will probably have more than two words in whatever you translate it to.

NOW… If you find someone who can speak any of these tongues, see if you can have them “mutate” the words… Remember, “Ambassador’s Day” takes places 20,000 years in the future. What would these languages sound like after almost two-dozen millennia? I’m probably asking for too much, but if you think the translator can handle it, go for it. I’d be happy just to get this in Eskimo.

P.S. Although the Klingon language is recognized as an official language in most circles, it’s owned by Paramount Studios. Otherwise, I’d totally use it. That and Sindarin.

You got a translation? Add a comment to this thread. 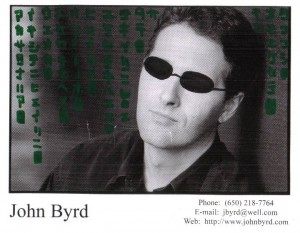 Props to the artful Kushibe-san for the retouching services.

Is it not monstrous that this player here,
But in a fiction, in a dream of passion,
Could force his soul so to his own conceit
That from her working all his visage wann’d,
Tears in his eyes, distraction in’s aspect,
A broken voice, and his whole function suiting
With forms to his conceit? and all for nothing!
For Hecuba!
What’s Hecuba to him, or he to Hecuba,
That he should weep for her?

It happens, sometimes. I forget my lines,
Where I should stand, what props I carry on,
Forget the lights, the costumes and the stage,
Forget the people sleeping in their chairs,
Forget myself, and in this perfect state
Of emptiness, my consciousness descends,
And time is senseless, sense is timeless too,
Thus overcome, my heart explodes with joy,
My eyes become the mirror of my soul.

Ten years ago I had an office conversation with a woman who was, at that time, about sixty-five. She said, “I wish I were your age again, but I wish I knew Life’s Lessons.” You could hear the Capitalization, in her Voice, when she Said It.

I said, “Save me some time. What are Life’s Lessons?”

She smiled beatifically and said, “Ah. Life’s Lessons. I can’t tell you. You have to figure them out for yourself.” And she turned back to her typewriter.

Now, ten years later, I am about to save you some time. I’m going to cut through the sage bullshit and tell you the Life’s Lessons that I’ve figured out, up until this point. 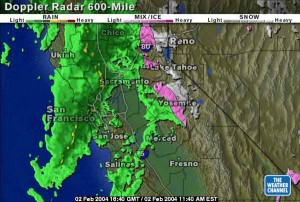