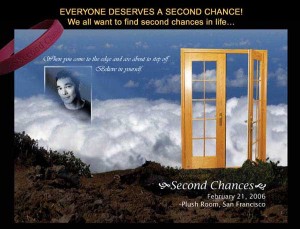 This is the only chance you’ll ever have to hear “Secret Agent Man” sung in Polish. Tickets $25, but as usual, friends of John Byrd do not pay their own.

Bela Lugosi serially married five women. His fifth wife and widow, Hope Littinger, was many years younger. She had fixated on Lugosi when she saw Dracula over twenty years earlier. Supposedly, on the day they married in 1955, Bela got on the phone and called wife #4, asking her to take him back.

I tend to get cast as bad-boy Byronic types. Occasionally, I tend to get lightly stalked after I do a theatrical show. The following five women and girls have basically no clue who I am, except for what they’ve seen on stage:

Well, to tell the truth, the very last one was written by my wife. I’ll take it anyway. By the way, have I ever told you how I met my wife? She thought I was the cutest one in the show.

Powerful stuff, fan love, and you can get drunk on too much of it. I’ve received multiple offers of sex, marriage requests, and other random presents from women who really don’t know the first thing about me.

Except for the distracted one at the bottom of the list, these misguided girls fell in lust with fictional characters. Much as my ego would like to pretend so, I’m not the true target of their affections. Dammit!

A new keyboard exercise, based on Keite’s funny poem. You can also listen to it.

Yours truly went to the National Spelling Bee in 1981, representing the fair state of West Virginia, including Putnam County. (The damned word was “fulsome“. I came in at #40 in the national competition.) So it’s only reasonable that I should fall utterly in love with the score from “The 25th Annual Putnam County Spelling Bee,” an adorable little musical that celebrates the essence of geek. It speaks to me!

The choice of February 2, 2006 was significant.