An expensive flight, day before yesterday, to Manchester, New Hampshire. Mandy’s sister Jodie was there at the airport to pick us up. She’s ever so slightly round with the bump of a girl on the way. The sides of the roads are covered in ice here. Amanda wears her fur coat. It’s an actual fur from actual previously living animals with fur; she discovered it at an estate sale, and paid twenty dollars for this fur coat, which was made from beasts killed from before we both were born.

We arrived at Mandy’s parents’ place. Mudd is there, smiling and looking happy to see us. Sister, Mom and Mandy cuddle on the couch a little, smiling, recounting stories, crying a little. I make scrambled eggs for Mandy and me.

Next morning, Jodie brings Xander to visit. Xander is pushing two years old and may well be the most amiable human being I have ever met. He has a handful of one-syllable words at his disposal, and he works them mighty hard. “nooo” is actually snow, which is intended to be carried to the tub in a large pot, and dispensed into cups there. Mandy is consistently referred to as “mehmeh” and she is wildly popular.

Nurn, Mandy’s father, is looking a bit gaunt, but he is very much himself… funny, personable. He hugs Mandy and hugs me, cautioning me from touching his stomach. Nurn has been disconnected from most of the beepy machines by his bedside. His breathing sounds normal. Nurn has had a port installed in his stomach. By turning a valve this way or that, we can vent liquids from his stomach. So he can drink liquids again. Five hours of talking and holding his hands.

The hospital bed will probably be set up in the kitchen, a place where we can deal with spills and such. The hospice nurse is supposed to come every other day with morphine and other supplies. Nurn is going to be able to take some nourishment by mouth but he’s currently planning not to take it intravenously. “Weeks to months” says the oncologist, but oncologists are all just educated guessers anyway.

I have assignments. I must fix the bird feeder and possibly rewire the home Internet network to be more maintainable by Mudd, and also simplify the voice mail system. Man about the house. I can do those things. 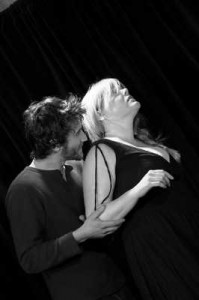 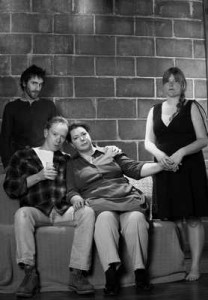 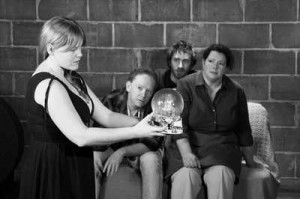 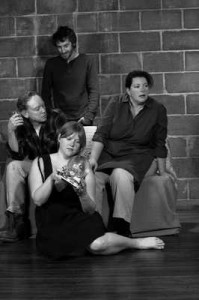 Always so unreal to see my dreams translated into reality by others. Clickies for biggies. 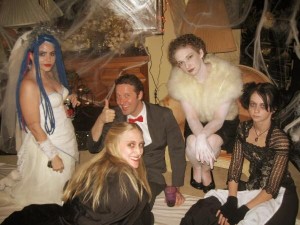 Sorry for not writing much about myself these past few months. Introspection and observation has been hard enough; to do so publicly has been a little beyond my reach. It’s 6:17 a.m. and the sun hasn’t seen fit to appear yet.

I took Amanda to the airport this morning. Her father has gotten worse; the situation is not precisely clear but we hear that he’s in a great deal of pain, and her mother is extremely worried that he’s not willing to return to the hospital. Cancer is a whore.

I still am healing from when I hit the center divide in 2008. Chemicals help significantly, but the great love from friends and family has helped me more. I’m still resolving a lot of anger and sadness from that time — I wake up and process it with my morning coffee and Lexapro, and then head to work.

Work is finally picking up again. I had a key contract cancelled around the same time I went crazy, and times were lean. Fortunately, I was able to get it resigned, and I picked up where I had left off. My company’s first product, Silent Hill V, shipped, and the reviews for the sound were extremely positive.

Virago has entered production for The Hermit Bird and they’re trying like hell to wrestle a final draft out of me It’s fun to watch my story being made real by passionate artists.

New Years Eve was at my place this year. Amanda cooked a monster devil of a feast: black-eyed peas with ham and creme fraiche, jumbo shrimp with red pepper, garlic and lime; homemade mozzarella with insalata caprese; chocolate chip brioche with fresh fruit; and a dangerous champagne punch with cognac, Grand Marnier and Triple Sec. All my life, the majority of my close friends have been women, and this New Year’s Eve was no exception. Our house was filled with fairly stunning sweet people.

Friday eve: knitting party at Angela’s. Angela, Karen, Amanda and I squashed onto a big cozy bed, and we all watched Jane Austen and knitted. Well they knitted. I dozed in and out of consciousness, warm as an onion in a stew.

I rather lost faith in humanity for a while. Over the past few months I have made some awesome new friends who have given me a great deal of love and support as I’ve come back to life in progress. The majority of people in the world is good.