At the Summer Consumer Electronics Show in 1994, one particular SNES title on the show floor was being completely ignored, and I had the chance to examine it in some detail.

That SNES title was “The Flintstones: Treasure of Sierra Madrock.” Heck, you remember that one, don’t you?

Or maybe you don’t. Around 1994 there was a huge surplus of mediocre me-too licensed games built around similar recycled 2-D scroller engines for the SNES and the Sega Genesis. The 1994 Summer CES show floor had plenty of them. The basic game play mechanic was well known: you are the licensed character, you run to the right, you jump, you have a short-ranged attack, and you pick up powerups which give you ranged attacks. Bad guys move in predictable patterns except for a boss at the end of the level.

The designers of “Treasure of Sierra Madrock” did not require deep knowledge of their previous title, “The Flintstones,” in order to enjoy their new work. You jumped over the rocks, you punched the snakes.

Anyway, I had no competition on the CES show floor to play “The Flintstones: Treasure of Sierra Madrock.”

Everyone else was playing 3DO. In 1994 the 3-D revolution hit the industry like a tsunami and the sidescrollers all washed away. With the launch of the 3DO and the Jaguar in 1993, then the PlayStation in 1994, the 2-D scroller game mechanic got very dead very quickly.

Fast forward to the Mongolian cluster fuck of E3 2005. Between meetings, I wandered the West and South Hall and I did my level best to ignore the tits and the subwoofers. And truth be told, there were a handful of shockingly beautiful games out there.

This E3 2005 will be remembered as The E3 That We Decided In Our Hearts To Buy An HDTV. In particular, Top Spin 2, an Xbox 360 title by Indie Built, stood out as a tennis title with some great attention to shadows and character detail. Also on Xbox 360, Activision’s Call of Duty 2, done by Infinity Ward, got their building and sky textures just right in the demo level, and the result was a first-person shooter that will sell next-gen systems.

In the PS2 department, Capcom’s Clover Studio showed Okami, a stylized “nature adventure” that incorporates elements of Japanese calligraphy with an updated Viewtiful Joe engine. You take control of a sun god, embodied in a wolf. You can call down spells, painted on the screen by a vast Japanese brush as time is frozen; leaves and blades of grass flicker brilliantly about you. Beautiful. Won’t sell, but it’s still beautiful.

Around a third or so of the titles on the E3 2005 show floor fell into a category that we will refer to as the Formula. The Formula involves putting your licensed protagonist character in a third-person perspective view, Mario World style, and letting him wander around outdoors. He has a short-range attack that he uses against the bad guys, and he has a long range attack that typically works with short-term powerups, and the camera floats behind his head like a balloon on a leash.

There are several technical problems with the Formula. First, you will notice that, due to the camera angle in the Formula, we constantly look down on the protagonist from the ceiling, a few feet behind the character. This means that the majority of screen real estate is taken up by the ground. And the ground is in severe perspective, so unless you do some fantastic mipmapping tricks or procedural texturing, either your ground looks pixellated, or your world is small. You have to get your memory from somewhere. Second, the camera always seems to want to do the wrong thing in a Formula game. Typically it drags along behind the character until some bad guys come along, at which point it hops back to get the bad guys into frame. Going around corners or reversing directions during a fight sequence typically causes camera conniptions.

Those issues are surmountable, but this one is not: at E3 2005, there were just too many games that depended too heavily on the Formula.

PS3 and Xbox 360, supporting HDTV and HD-DVD, are coming out within a year. And as of this writing there is a bunch of licensed games for the old platforms that follow the Formula.

Supply and demand will sort this out. I suggest that, come E3 2008, you will see very few Formula games on the show floor. Something better is coming.

Pebble Beach, California, overlooking the most famous golf hole in the world. I’m sitting on the second floor of Club XIX. I’m nursing a Jack Daniels, eating beer nuts and wondering where the pebbles are. A seagull frets up and down the railing, eyeing my munchies. The sun will set in an hour and thirteen minutes.

I’ve carefully timed the last four foursomes. It takes twenty-one minutes, give or take three minutes, for a foursome to complete the eighteenth hole. There are some low fences and threatening-looking signs around the hole, but all the guards are on the other side of the hotel. No visible security to speak of.

My plan will succeed.

I have researched carefully the means of disposition of ashes after cremation. Although cremated human remains are typically ground to a fine consistency, the ash is particulate. Human ash is the color of bone; it consists primarily of small bone fragments. It is heavier than air, and thus it will not dissipate into the air if tossed. I have been warned specifically of this in advance, and I have accounted for it in my plan.

The guys in the foursome — well-dressed, male, middle-aged, clearly on corporate juice — pat each other on the back. I present a low-wattage smile to them, step over the fence and stride nonchalantly to the thick old tree on the fairway of the eighteenth hole. The tree is ringed by a small, hard border of compact yellow sandstone.

I pull the jar from my jacket pocket. I open it and hold it reverently. “Thanks, Papa,” I say, and I spread a tablespoon of ash onto the ground beneath me —

I look down. Now there is a light, but visible, smudge of white ash on the border of the sandstone.

If I spread all of Papa’s ashes where I stand, I’m going to make a mess. I close the jar.

I look down the course. Another foursome is about a hundred yards away and looking at me curiously.

The ocean. The ashes go into the ocean.

I walk to the ocean’s edge. The sky is steel gray, overcast, with hints of green and red sunset asserting themselves. I hear a golf ball bounce somewhere behind my head.

I open the jar and hold it reverently. “Thanks, Papa,” I say. I rear back and fling the contents toward the water, as hard as I can —

And the ash explodes into a great white dragon fireball! It jumps into the wind above me and rolls majestically down the course!

As I walk off the course I stop to fill the empty jar with sand from one of the sand traps. I have no idea why I do this, but it seems necessary. There are no pebbles at Pebble Beach. I went back to the car and cried a little. Los Angeles is only two hundred miles away. Hell, I can make it there tonight. 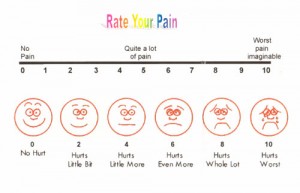 Hi! Thanks for reading my Craigslist personals ad. It makes me happy, that you are reading it, right now.

I am 6’3″, well-built, hazel eyes. What I am looking for is a woman. Basically, any woman will do, but ideally I am looking for a woman who also happens to be female. In principle she should also have been female all her life. But that is negotiable. I will understand if that is not the case with you. And I will support you in this.

I love long walks on the beach. I will appreciate and love you for who you really are. Even if you are a tad overweight.

Forgive me. I beg of you, my dearest, my most beautiful woman, do forgive me. I did not mean to imply that you were a blubber butt. Your butt is quite fine indeed. And I love you, for your butt, among other things.

Actually, it was a lie to say that I am well-built. In truth, I have no appendages. I lost them all in a high-stakes game of canasta. If I grow to trust you, I will tell you all about it. But we will not speak of it until then.

The part about me being 6’3″ was a lie as well. Actually, without my appendages I am 3’6″. But what does size matter? Nothing, if love is truly present in a relationship.

I have constructed a motorized device that permits me to navigate the beach without exerting myself unduly. The device consists of pneumatic drive units, including air-enabled crutches, that permit me to move with extraordinary efficiency, at speeds up to forty miles per hour.

I am typing this entirely with my tongue. I have a special keyboard that is coated entirely with Saran Wrap. I will never require you to clean this keyboard for me. I have people to do that.

Ideally, you are a short woman. We will look better in photos if you are no more than 3’4″. But if you are a tall woman, I will understand and accept your freakish height, with unconditional love.

I collect dead spiders and keep them in jars in my closet. Hopefully you will not mind that. The spiders are dead. They will not bother anybody. Least of all you… my dearest.

I require periodic turning to alleviate these festering bedsores. And my soul is yours, for the asking.

Another funeral, today, for Justin Weiss. The room was full of friends and students. First funeral I’ve ever attended in which people laughed.

They gave me a clear plastic jar with a red screw top. Inside that jar is the most valuable thing ever to enter my possession.

Now, I have a delivery to make.

But first, tomorrow, we catch a plane back to San Francisco.