So here’s a fun game. Click on a major news outlet’s web site, find the link to Most Read Stories, and try to figure out the patterns that connect all the results. For example, here are my results for nytimes.com:

2. Findings: The Advantages of Closing a Few Doors

5. Facing Default, Some Walk Out on New Homes

7. Op-Ed Contributor: I’m Not Running for President, but …

10. Skin Deep: Never Too Young for That First Pedicure

From this, I deduce that nytimes.com readers are interested in Hillary, blood thinner, running for president, home loans and pedicures.

And here are my results for foxnews.com:

* Woman Gives Birth to Baby Nearly Her Own Size

Forgive me using this blog as a blog, but this is brilliant. Take Garfield comic strips and digitally delete Garfield and everything he says and does. The result is far funnier than the original comic. Tip to Jett. 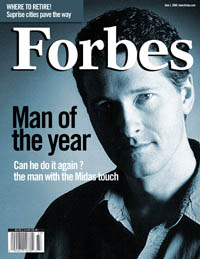 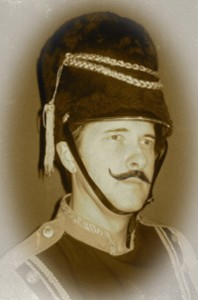 Laura is the squirrelly, gruff stage manager for The Deadly Game. She calls me at six-fifteen. “Um,” she says. “So like as it turns out we have a show tonight and um I was wondering how soon can you be at the theater?”

“What?” I said. I was wrapped in my bathrobe, unshaven. I’ve taken the day off work. I periodically cough up phlegm from the Orange County cold thing that seems to be plaguing us all down here.

“We have a show,” she said. “Tonight. No, they didn’t tell me about it or anything. But we have a fundraiser. Children’s Organization of Something. They bought out the whole theater. I just found out about it. Eight o’clock show. How soon can you be at the theater?”

I coughed up some green stuff. “What?” I said.

“You’re the first one I called!” she shouted at me. “We gotta Thursday night show! Tonight! I gotta get all the actors to the theater like in time for tonight’s show! In two hours!”

“There isn’t any show tonight,” I said. “It wasn’t on the schedule.”

“I know it wasn’t on the schedule!” she said. “But we got a show tonight!”

I called the box office. A sullen voice said “Yeah, tonight we got a private performance of a show. Fundraiser for The Childrens Organization of Something or Other.”

“So… is it the upstairs show… or the downstairs show?” I asked tentatively.

I hung up, tore off my clothes, laid out fresh clothes, and jumped in the shower in one large motion. Forty-five minutes traffic, fifteen to costume. Possible, technically possible.

And as the shower water hit my body, I began to do the hard math. Even if Laura, through some miracle, got all the actors on their cell phones, including the ones in Hollywood, they’d still have to fight rush-hour traffic. Two hours for them, even if she managed to get through to them.

This show could not possibly start at eight o’clock.

I’m taking the fastest shower in the world. That queasy sense of panic, a rush of critical responsibility forgotten, useless adrenaline. In one hour, I’ve got a hundred people to entertain. We don’t have enough actors or production staff to put on a show for them.

What can be done?

I mentally enumerate my monologues. No, those are sixty seconds each. The totality of those will not do.

Do I know any one-man shows that I could put on again? Working for the Mouse, that was funny. Could I improvise that? Improvisation, long form. Immediate Gratification Players style. Been so long. Could I bust that out again?

I’m out of shampoo.

I’m getting out and Laura calls my cell phone. “The other actors aren’t able to come,” she said. “You’re the only one who was available tonight on such short notice. Don’t leave the house just yet,” she said.

My wife asks, “Can I put the chicken back in the oven now?”

Ah well, Backstage liked my performance, even if they didn’t like the play.

I didn’t vote in today’s primaries. One bit of business led to another led to another, and my entire day was digested in minutes and hours. I feel rather dreadful about it — it’s our responsibility as citizens to vote. Granted, my vote will only be counted, and make a difference in the outcome of the election, if there’s a tie. Otherwise people other than myself will decide the outcome of the election. But, still, it’s the principle of the thing. I’m deeply dedicated to causes in which I have absolutely no influence.

Must find more time to write. So much to say, so little time. I promised Virago a full-length Hermit Bird in two months. That alone would be tractable, except I’m opening Arms and the Man at Rude Guerrilla in two weeks.

Apparently www.johnbyrd.org has passed over 100,000 page views. Thanks, Mom!