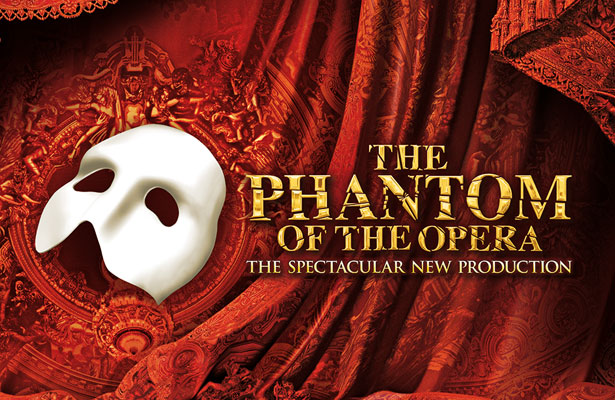 Back when I was an undergraduate at Harvard, we were pretty sure that Andrew Lloyd Weber’s Phantom of the Opera was camp. The travelling performance at the Segerstrom tonight confirmed it readily. The show is a grand, bloviating, overbearing noise, so confident in its declamations that it bored literally every single soul in the theater, on stage and off.

Phantom of the Opera doesn’t know it’s camp. It takes itself maddeningly seriously. There are holes in the story big enough to drop a chandelier through — why don’t all the theater performers merely quit when the Phantom threatens violence? Why don’t the policemen immediately shoot the Phantom either of the times they have him in their sights? (He manages to get in several long refrains before anyone can pull a trigger at him.) Why does the Phantom set the cemetery on fire? How does one burn a cemetery? Are headstones flammable?

Beeeewaaaaaare, the Phantom of the Awwwwwpraaaaaa! The melodic concepts are, to be fair, up there with Mozart and Wagner. But the orchestration is stuck firmly in 1987. It neither requests nor requires any apologies for the blaring front-and-center synthesizers. Waaaaaaaaaaaaa, waaa waa waa waa waaaaaaaaaaaaaaa! Listen to this goddamn song, you rubes! Weber stole the Phantom of the Opera theme from Pink Floyd’s song “Echoes.” No, really, he did, note for note.

And during intermission, the only thing anyone could talk about was how fast the chandelier dropped. Man, did you see that thing fall? It fell really fast! I thought it might not stop! Whoa, that was scary, that chandelier. Nevertheless, when an act one climax depends on a prop and not on story meaning, then your story needs retooling. And that’s why Phantom is not aging gracefully — its emotional core doesn’t exist until Act 2, when the Quasimodo storyline takes over.

So why does Phantom refuse to give up the ghost? For the same reason Ringling Brothers does: it’s a spec-tickle, something to give the out of towners the smell of elephants and the sense that They’ve Seen A Shew. It’s loud and busy and ornate and noisome and not in the least bit sincere, just like a circus ought to be.