Everything we write on the Internet stays there forever, and so future employers and such can take that information and draw of it whatever they wish. It’s common knowledge that employers and businesspeople “research” potential employees and such. So if I write as I’m doing now, this writing today may be an inconvenience to the me of the future.

Despite that, I realize there are probably others who are or will be suicidal. Maybe even you. And me talking publicly about my experience might help you avoid a fate like mine, or worse. Your possible benefits outweigh my possible inconveniences. So I’ll talk as publicly as I can about it.

About six months ago I went through a unique period of major depression, and I ended up receiving a bunch of hospitalization and drugs. There was nothing romantic about it. It was a long ugly slog. It disrupted my work and personal life, and it was definitely the most painful experience of my life so far.

Suicidal intent is extremely dangerous. Suicide was the eleventh leading cause of death in the U.S. in 2005. Ninety percent of people who commit suicide have a diagnosable psychiatric illness at the time of death. Over 60% of all people who die by suicide suffer from major depression. About 75% of suicidal people will visit a physician within the month before they kill themselves. Over 90% of suicide attempts with guns are fatal. 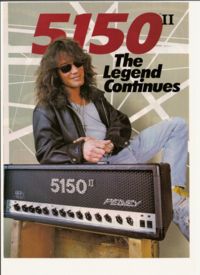 Suicidal ideation is usually not a manipulation for attention. A person who appears suicidal should not be left alone and needs immediate mental-health treatment.

Unfortunately, psych wards (at least under our HMO-sponsored health care system) are horrible, horrible places that just as easily make you crazier than when you go in. If you’re suicidal, you need a psychiatrist. The modern SSRI drugs can be pretty neato. They don’t pollute your soul or change you into someone that you’re not.

There is at least one gang kid in Long Beach who has “5150” tattooed on his back. This kid is a poseur. It’s not nearly as cool as Eddie Van Halen makes it out to be.

When you feel suicidal you can feel incredibly ashamed of yourself, and you feel that no one could possibly understand the feelings you’re going through. And it’s extremely hard to ask for or find help. In these cases, as embarrassing or as painful as it is, you gotta go through the medical system and get help. And you must, must, must know that other people have been through it, as bad as you’re having it now, and it can get better.

California gun control laws and the permit system therein are both Good Things. It’s hard to buy a gun here, and it should be thus. Really, people who hunt should have access to guns, and that’s about it. Guns should not just be laying about any house.

The vast majority of my friends were extremely, extremely loving and supportive to me when I went onto the rocks. Many of them didn’t understand what was going on inside my head, but they were there for me nonetheless. I cannot begin to describe what a great and significant help my friends and family were, when the abyss was most wide. Their support very likely saved my life. A handful of friends didn’t get it. A handful of business acquaintances didn’t get it. I can’t really blame them and I don’t judge them for that.

I’m still not whole yet. But that’s OK. I’m working again, and I’m writing here and there, and behaving like I used to.

I’m stronger in some ways than I was before. I have a lot more sympathy for people who are crazy — I see fewer differences between themselves and me. I’m more appreciative of my friends than I’ve ever been. And now, at long last, I’m finally starting to perceive all the really awesome earth-bound experiences and people I never would have known.

Alan Bennett, as King George: “I have always been myself, even when I was ill. Only now I seem myself. That’s the important thing. I have remembered how to seem.”

Anyway, I’m sorry to have been absent for a few months. It’s good to see you again.